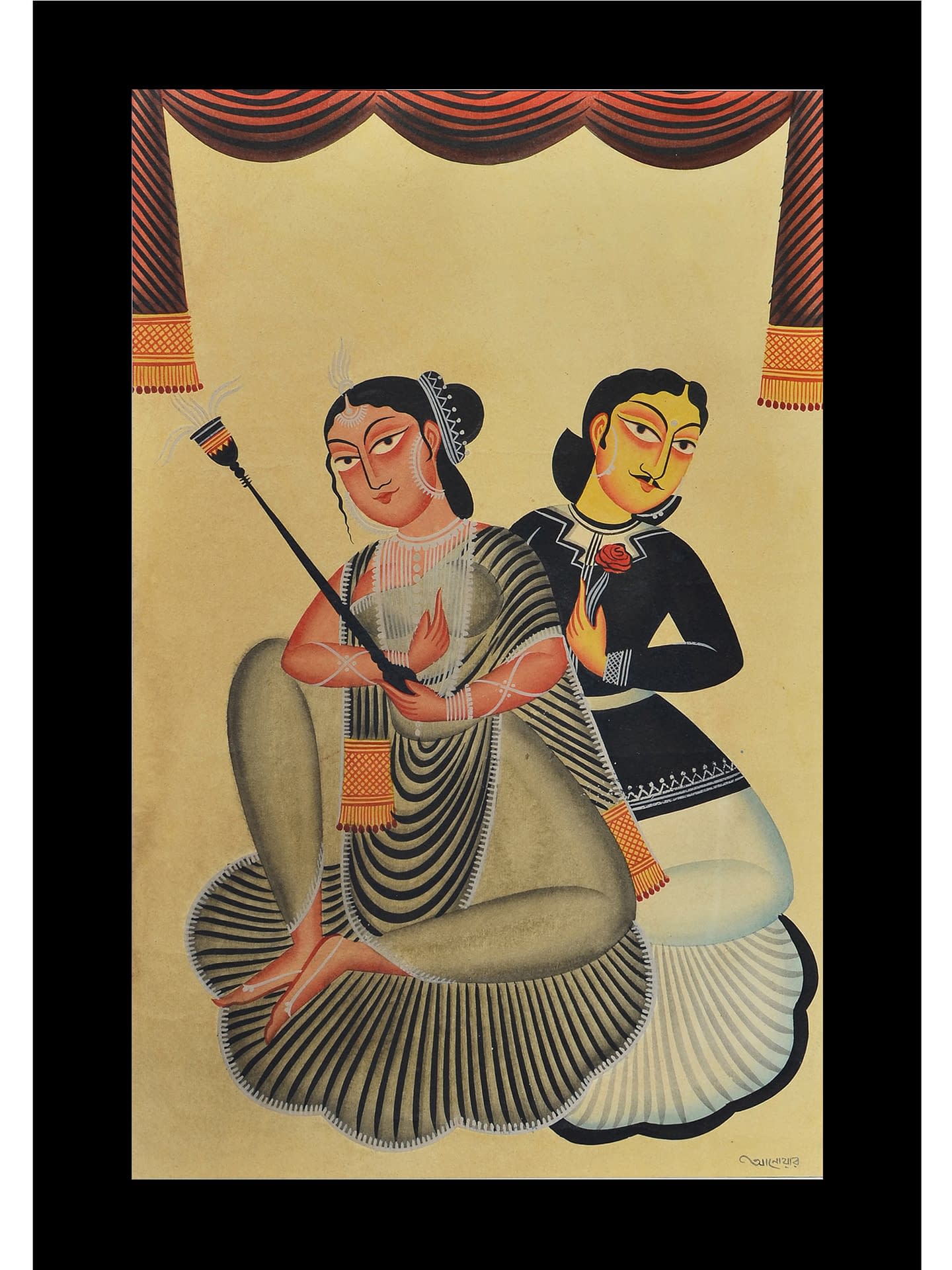 Zamindar, the Landlord, and Boudi, his Wife, both enjoying musical ecstasy.

Kalighat Pata paintings originated in the vicinity of the Kalighat temple in Bengal around the 19th century. A dying artform today, this art was once a blend of the Oriental and the Occidental styles of painting, due to which it gained steady acknowledgment around the world.
The subjects range from Gods and Goddesses, to messages for society. Some painters also depict crime, politics and other prevalent issues of the times.
At Irris, we have collected paintings which depict the Zamindari culture and its eccentric nuances (zamin meaning property). Zamindars were infact the land-owners who rented their properties to farmers and also collected tax on their behalf, to give to the British. They played a pivotal part during the Indian Revolt of 1857.

Zamindars were the landlords in India, during the British era, who would collect taxes from the villagers on behalf of the East India Company. Their wives were referred to as Boudis, and were often got from the neighbouring villages. Their lives were lavish compared to the bulk of the Indian population then, and the British eventually granted many of them titles of Maharaja and Raja.