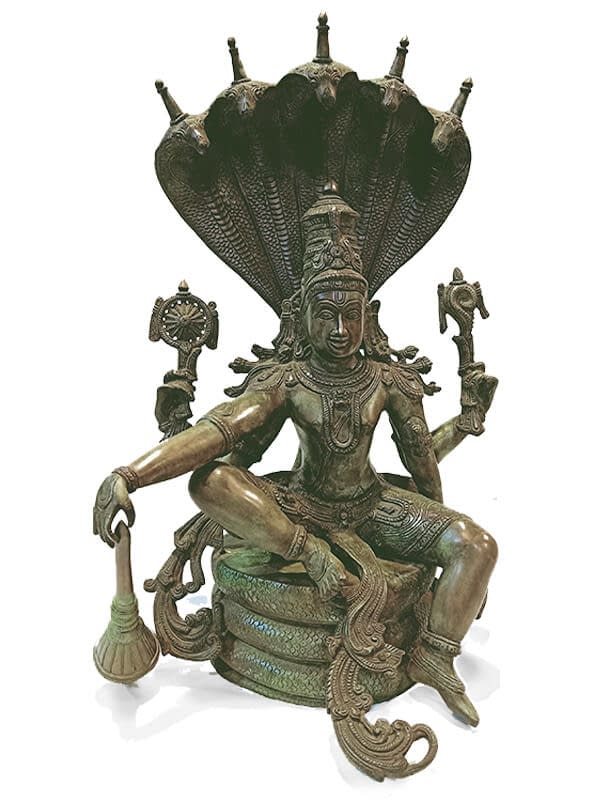 Made in solid brass with patina finish.

Vishnu is the second god in the Hindu trinity (or Trimurti). The other two gods are Brahma and Shiva.

His role is to return to the earth in troubled times and restore the balance between good and evil. So far, he has been incarnated nine times, but Hindus believe that he will be reincarnated one last time close to the end of this world.

Vishnu is particularly associated with light and especially with the Sun.

Two of Vishnu's incarnations, Rama and Krishna, are also the subject of the epic stories Ramayana and Mahabharata, respectively.

Vishnu is shown as having a human body, often with blue coloured skin and with four arms. His hands always carry four objects in them, representing the things he is responsible for. The objects symbolise many more meanings than are presented here:

Vishnu rides on the King of Birds, Garuda, which is an eagle.